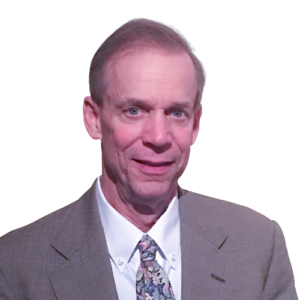 William Darrow served as an assistant district attorney in the New York County District Attorney’s Office for more than 35 years, from 1981 until 2017. He served for many years as a trial attorney and trial bureau chief, and, in 2013, was appointed Chief of the Office’s Conviction Integrity Program, a position he held until 2017, when he retired from the Office.

As Chief of the Conviction Integrity Program, Mr. Darrow reviewed claims of innocence from convicted defendants, determined when the facts warranted a reinvestigation of those cases, and chaired the Office’s Internal Conviction Integrity Panel which reviewed those reinvestigations and made recommendations to the District Attorney about when a prior conviction should be vacated. Mr. Darrow supervised the reinvestigation of numerous convictions, including decades-old convictions for murder, sexual assault, and other crimes, and has experience working collaboratively with the defense as well as in an adversarial context. He has worked on cases that resulted in a decision to vacate the conviction and others where the decision was to defend the conviction.

Additionally, as Chief of the Program, Mr. Darrow worked with lawyers throughout the Office to help implement best prosecutorial practices designed to avoid wrongful convictions, and to ensure that the Office complied with, if not exceeded, all statutory, constitutional, and ethical obligations, particularly with respect to disclosure of information to the defense. He chaired the Office’s Brady/Giglio committee, which reviewed credibility issues arising with law enforcement witnesses, and helped launch the Office’s Exoneration Review process, a mechanism for the study of exonerations that occur in current cases prior to trial. Borrowing from root cause procedures used in the medical field, the Office’s Exoneration Review Committee meets regularly to discuss cases and determine lessons learned.

Mr. Darrow lectured within the Office on topics that included the role of the prosecutor in seeking justice, Brady/Giglio obligations, and avoidance of wrongful convictions, and was frequently asked to consult on those issues with prosecutors from around the country. He has lectured or presented at Fordham Law School, New York Law School, the New York State Association of Criminal Defense Attorneys, and the Ethics Committee of the Association of the Bar of the City of New York. He was active in the District Attorney’s Association of the State of New York and a member of the Association’s Best Practices Committee

As Bureau Chief, Mr. Darrow supervised the work of approximately 45 Assistant District Attorneys engaged in the investigation and prosecution of a wide variety of criminal cases, from quality of life offenses and misdemeanors to felonies, including narcotics trafficking, domestic violence, identity theft, and violent street crime. Mr. Darrow has overseen the investigation of hundreds of homicide cases and scores of homicide trials. He served as a trial assistant prior to being a bureau supervisor, trying over 20 felony cases to verdict and investigating and prosecuting hundreds of other cases.