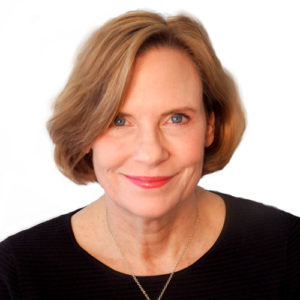 Prior to becoming Circuit Attorney in 2001, Jennifer served as an Assistant Circuit Attorney for six years. She handled numerous felony prosecutions ranging from drug offenses, property crimes, robberies, weapons offenses, sex crimes, child abuse and homicides. Joyce was also on the prosecution team that convicted Dennis Rabbitt, the notorious South Side Rapist, for the rapes he committed in St. Louis. Before becoming a prosecutor, Joyce practiced law in the litigation department of the law firm now known as Husch Blackwell.

As Circuit Attorney, Jennifer became a leader among prosecutors who proactively dedicated internal resources to conviction integrity. During her time in office, she spearheaded the Circuit Attorney’s Justice Project. Nearly 1,400 inmates who had been convicted prior to the advent of DNA technology received post-conviction review of their cases to determine whether DNA technology might exonerate the defendant.

A former Missouri Prosecutor of the Year, Jennifer was a member of the Missouri Association of Prosecuting Attorneys Best Practices Committee, which was the second such committee to be established in the United States, Joyce has dedicated much of her career to developing, implementing, and sharing prosecutorial best practices across the county. In early 2002, Joyce established a Community Affairs Bureau committed to bolstering confidence and transparency criminal justice system by building trusting relationships with the community and engaging citizens in keeping their communities safe. She has been a national leader among prosecutors in the use of new and traditional media to educate and engage the public. She also formed Crime Strategies Unit, designed to lead the development and implementation of Intelligence-Driven Prosecution. This unit focuses the collective resources of the office on one goal: reducing gun violence through effective information sharing and close collaboration with law enforcement and community partners.

Regularly invited to speak at conferences across the country, Jennifer shares valuable lessons learned throughout her 16 years as Circuit Attorney, and more specifically in the areas of best practices, crisis communications,community outreach, system transparency, staff development and social media.

Jennifer has been awarded the Women’s Justice Award from Missouri Lawyers Weekly. She is a member of various legal associations including the Missouri Association of Prosecuting Attorneys where she is a board member and past President. She served as president of The BackStoppers, an organization that provides resources to the families of fallen first responders and vice president of the St. Louis Regional Crime Commission.

Jennifer earned her law degree from St. Louis University School of Law in 1990. She is a lifelong resident of the City of St. Louis. Jennifer is now working with colleague Susan Ryan as a principle in a new venture, Vera Causa Group.