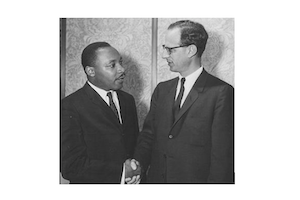 Robert M. Morgenthau was the District Attorney of New York County (Manhattan) from 1975 to 2010.  He was legendary for his intelligence, integrity and courage.  He was ahead of his time and led the way for today’s modern prosecutors.

In honor of what would have been his 101 birthday today, learn about his early innovations here (1 minute).

DA Morgenthau was also the Chairman of the NYC Police Athletic League for over 50 years.  See a video about his contribution to PAL here.  (3 minutes).