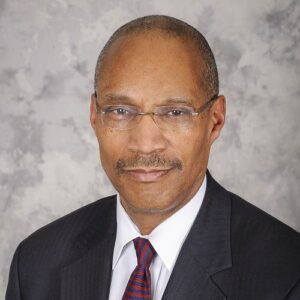 Frederick J. Watts, the Executive Director of the Police Athletic League, NYC (PAL), was a prosecutor at the Manhattan District Attorney’s office for over 30 years. After one year at a private law firm, Mr. Watts was appointed by Robert M. Morgenthau to serve as an Assistant District Attorney, where he remained a prosecutor under Mr. Morgenthau, and later, Cyrus R. Vance Jr. He began his prosecutorial career handling all forms of violent crime including the investigation and prosecution of sexual assaults, and homicide cases. He was promoted to supervisory positions, and served as a key executive in the office for over 20 years, culminating in the position of Executive Assistant District Attorney for Finance and Administration. In addition, Mr. Watts developed and taught courses for prosecutors including: “Legal and Ethical Considerations in Legal Staff Supervision;” and “EEO Compliance for Supervisors.”

Mr. Watts’s additional professional and community activities have included active participation on the Judiciary Committee of The Association of the Bar of the City of New York; membership in the National Black Prosecutor’s Association; and service as a member of the Board of Trustees of the Summit New Jersey Area YMCA.

Mr. Watts is a graduate of Brown University with a degree in Economics, and Columbia University School of Law. He has been admitted to practice law in the New York and New Jersey.