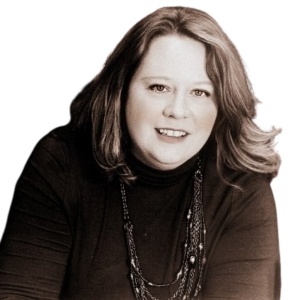 Rachel Smith is the founder of Smith Law & Consulting that focuses on assisting prosecutors nationwide, as well as various civil matters. Her prosecution work includes appointments on sensitive or complex litigation (including admission pro hac vice), assistance with policy and administration issues, work with managers and line staff on trial advocacy, and training of all levels of prosecutors.

Ms. Smith is a 28-year veteran prosecutor.  She worked in the Circuit Attorney’s Office for the City of St. Louis where she prosecuted every type of criminal case at every stage — from pretrial investigation through sentencing and appeals.  From 1998 to 2001, Rachel worked at the Missouri Attorney General’s Office as a Special Prosecutor where she assisted other prosecutors in the state with various matters including capital cases, homicides, and public corruption investigations.   In 2001, Ms. Smith returned to the Circuit Attorney’s Office as a member of the Executive Staff where she assisted in office administration, management of staff and attorneys, legislative matters, supervised the community and communications teams, handled conviction review, officer involved shootings, special investigations, and complex litigation.

Ms. Smith has extensive experience in teaching for prosecutors and police on a variety of topics, such as police use of force, ethics, employment discrimination, communications, law enforcement relations, community prosecution, constitutional law, criminal law, evidence collection, homicide prosecutions, best practices, trial preparation, social media, and law enforcement tactics.  Her trainings have been both in Missouri and for national organizations.  She is an Adjunct Professor and Clinical Co-Director for Washington University School of Law Prosecution Clinic. She was appointed by the Missouri Supreme Court to the Bar’s Criminal Code Re-write Committee. Ms. Smith has served on several statewide committees including Missouri Prosecutor’s legislative and capital litigation committees. Rachel Smith chaired the Missouri Best Practices Subcommittee on Special Victims from 2013 to 2015. She served as Chair of the statewide Missouri Prosecutors Best Practices Subcommittee on Ethics 2015 to 2017.