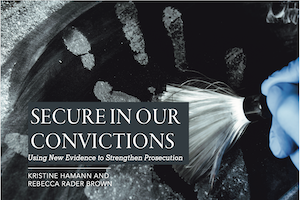 In May 2013, a Colorado man fails to show up to work. Concerned, the man’s boss visits his house, where the man’s roommate refuses to let the boss enter. The boss contacts the police, who launch a missing person investigation. Using cell tower technology, police are able to approximate the missing man’s location in the hours leading up to his disappearance.

Cell phone data also suggests that the roommate’s phone traveled to and from a remote area where, three weeks later, the man’s body is discovered. On the day of the disappearance, bank ATM records show repeated mistaken entries of the victim’s PIN before someone withdrew a large sum of money, and a bank surveillance video shows the victim’s car present at the time of the transaction.