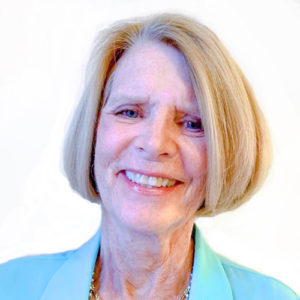 Patricia A. Riley was an Assistant United States Attorney in the District of Columbia from 1984 to 2018. She was the first Chief of the Sex Offense Section from 1990 through 1998, and was Special Counsel to the United States Attorney from 1999 through 2012, where she worked on legislative, policy, sentencing, jury instruction, conviction integrity, ethics, and professional responsibility matters. She served as the USAO representative on the D.C. Sentencing and Criminal Code Revision Commission (2000-2012) and on the Criminal Jury Instructions (Redbook) Committee (1996-2016). She organized the review of cases involving hair and fiber evidence and personally assessed whether such evidence was material to pleas or guilty verdicts in approximately 75 cases. She has a long-time interest in eyewitness identification, has kept abreast of developments in the field, has reviewed and analyzed the scientific literature, has helped develop procedures for law enforcement agencies, and has trained prosecutors and law enforcement officers on eyewitness identification issues.

Ms. Riley is one of the founders of the D.C. Children’s Advocacy Center and of the D.C. Bar Lawyer Assistance Program. She is an adjunct professor at the Georgetown University Law Center. She has served on dozens of interagency working groups, task forces, and committees. After receiving her J.D. degree, magna cum laude, from American University, Washington College of Law, in 1980, she worked as an associate at Steptoe & Johnson. She is the recipient of many awards including the Assistant U.S. Attorneys Association’s Harold Sullivan Award, the Attorney General’s Award for Distinguished Service, and the D.C. Bar’s Beatrice Rosenberg Award. Before becoming a lawyer, she had a variety of jobs including working on the Senate staff of Senator Robert F. Kennedy and at the Planning and Management Assistance Project of the Center for Community Change. She also is a part-time resident of Delaware.